I felt responsible for her, and I allowed her to lean on me. I always felt like a crutch to mum and an auxiliary parent to my brother who was only one at the time our dad died. At first, when my mum told me he was dead I felt numb. My mum had a few partners over the years, mostly who turned out to be pretty unreliable, and I never felt like any could replace my dad. One of the benefits of having a dead parent is that you can hold onto a nostalgic image of them.

If I could tell my younger self anything it would be to be a child. I lost my father to terminal brain cancer when I was 15 in August It took two years between diagnosis and death for him to go, during this time he became paralysed down his left side and had a series of seizures. He died half way through my GCSEs, so it affected my relationships, mental health and just the normal way a teenager is supposed to grow up.

It was devastating. I felt very isolated. My dad was a very good person who was a hard-working lawyer and loved me and my sister so much. He was funny and kind, and I have so many fond memories of him. His courage and resilience during those two years was amazing. He kept on trying to walk, he kept on trying to adjust and adapt to his situation as much as he could, because he loved us so much. If I could give myself advice at the time it would only to be kinder to those who were also grieving around me.

You need each other. I was 12 when I lost my mother. I was the eldest of three and I have always felt lucky that I was able to have a few more years with her. I also felt responsible for looking after my siblings when she died, and feel I failed them because I was too young to handle this responsibility while also dealing with my own grief. Mum and dad were divorced and my dad remarried three months after her death. We moved in with him but suddenly had a new stepmother.

more on this story

The days of teshuvah are the time between The Book of Life being written by God and the book being sealed for the year. And, the liturgy continues, one of the three paths to being sealed is teshuvah. It has been over 20 years since I took on traditional Judaism, and every year, things become clearer to me. Teshuvah this year feels especially important as I enter this holiday after vocal cord surgery which has left me speechless for going on two weeks as we enter into Rosh Hashanah.

As I have found silence, room has been made for much reflection, which I feel ready to put down on paper, as it were. I knew then with definite certainty that our bodies are simply delicate vessels. I have not always been kind to my body, and being a workaholic has taken its toll on my voice. While I may have been born with a congenital predisposition for the troubles I have, misuse of my voice is also a factor. There are technical speech pathology terms for how I misuse my voice, but the holistic hippie in me knows the truth: I have gossiped.

I have slandered. I have complained when I should have been grateful. I have agreed to things I did not want to do. I have not spoken up when injustice was being done. I have overused and misused my voice. I hope my voice can forgive me. As I recalibrate when and how to use my voice, I have not been able to keep up many relationships I once kept up with. The healing process is extensive for this kind of surgery, and I have had to commit and dedicate myself to putting my voice and my body first.

I know this has caused a shift in many relationships I have. As part of my job, I have a large social media following, which I am proud of for what it allows me to accomplish as a writer, actor and human being.

In this time of healing, I have not done the same kind of spontaneous posting I am somewhat known for, and have stringently limited my time online and my participation in social media. This may sound like a celebrity first world problem, but I hope my online community can forgive me.

This past year has seen a lot of changes in my professional life. I sometimes acted with arrogance and with impulsivity, sometimes used an angry voice when I should have taken a breath. I had to say goodbye to people who gave me years of their life working with me. It is not a memoir, but there are elements of truth throughout the script which may feel like a personal attack to many in my family. I believe it is my artistic right to create stories and it is my personal right to share stories, even complex and painful ones, that I feel can be helpful to others.

If members of my family feel personally attacked, I hope they can forgive me. For some reason, it took me 43 years to come to some of the awakenings I have come to this past year. You be good. See you tomorrow. I love you.

Note: Spoken to his handler, Dr. Irene Pepperberg, when she put him in his cage for the night; he was found dead the next morning. 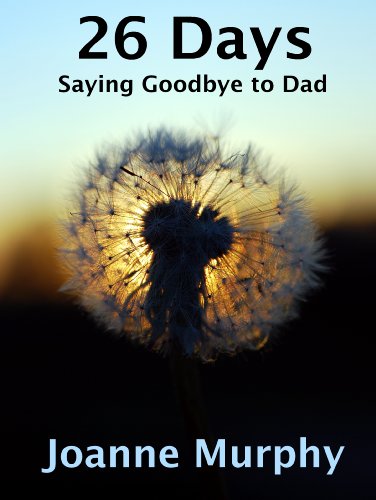 This wasn't said due to Alex's knowledge of his impending death, but simply because that was what Alex said to Pepperberg every night before being locked in his cage. Time : p.

Retrieved on In response to his generals asking the heirless Alexander which one of them would get control of the empire. Note: When asked on his deathbed who was to succeed him, his voice may have been indistinct. Alexander may have said "Krateros" the name of one of his generals , but he was not around, and the others may have chosen to hear "Kratistos— the strongest". Dom vo dvortse, chtoby umeret Translation: Home to the palace to die… Who: Alexander II of Russia Note: His guards heard him utter this phrase when they found his maimed body under a seat from his carriage after he was attacked with bombs by anarchists in an assassination attempt.

He lost his left leg and was taken home where he died hours after his wound. Apetta un minuto Aspettate un momento.

Okay, okay, I'll come. Just give it a moment. Chiudi la mia mano, cara amica, sto morendo. Translation: Clasp my hand, dear friend, I am dying. Who: Vittorio Alfieri , was an Italian dramatist and poet, considered the "founder of Italian tragedy. No pain. Don't cry for me, Rahaman. I'm going to be with Allah.

Who: Gracie Allen , wife and comedy partner of George Burns.